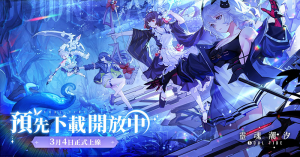 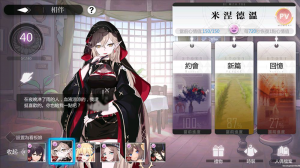 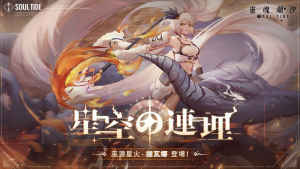 Soul Tide: The NEW Version is Available to Play!「Dino Game」

The fantastic adventure mobile game “Soul Tide” published by Dino Game has received widespread attention with the releasing of the latest version on April 13.

An Epic Story of a Fantastic Collapsed World
Soul Tide’s story takes place in a fantastic magical world, overwhelmingly ruled by evil forces after a catastrophic earthquake. Players will play the role of a puppet master, commanding different types of puppet girls to explore the labyrinth, guard the town and uncover the truth behind the collapse of the world. Such an otherworldly backstory full of magic and myths is still very unique even among the many successful games released by Dino Game, deeply captivating plenty of longtime fans of this company.

Impeccable Gameplay and Interactive Experience
As the puppet masters, players will strategically deploy and command a team of puppet girls to explore the unknown labyrinth. Monsters, traps and mysterious events will be randomly triggered along the journey. Players can also interact with the puppet girl characters and unlock their individual stories. Dino Game has designed 40+ plot clips, 50+ interactive animations for each character, aiming to bring better interactive experiences, which has been widely praised.

The NEW Version is Available to Play!
On April 13, Dino Game released the PV of the new version “The Connection of the Stars“, revealing the new character “Gawana” and the latest plot chapter. Players can visit Soul Tide’s Facebook, click “Play the Game” to jump to the App Store and Google Play to download, further information will also be updated on the official Discord.

More about Dino Game
Dino Game, with years of experience as a world-class game developer, is bold to produce more epoch-making games and services. More popular games of this outstanding company like “Crisis Action”, “Punishing: Gray Raven”, “Utopia: Origin”, “MU: Awakening” also achieved huge success. Crisis Action, released in 2015, is known as the No.1 mobile game of the FPS category with over 60 million Asian registered users. It is recently reported that Dino Game is planning its first foray into the Web3.0 play-to-earn field, which may be the next significant transformation opportunity for this traditional game developer to explore the metaverse.