from One Game to the Esports Kingdom 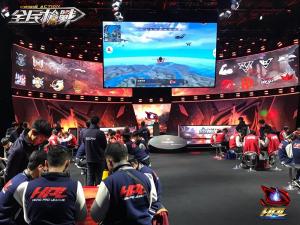 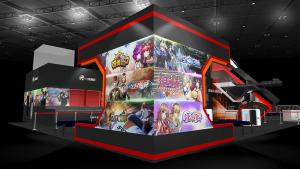 The Display Area of ​​Dino Game in Taipei Game Show

NEW TAIBEI CITY, TAIWAN, April 20, 2022 /EINPresswire.com/ — Players who are keen on FPS games must be familiar with “Crisis Action“, known as the most successful FPS mobile game published by DINO GAME, what people may not know is the unfolding legends behind the industry.

Started with the #1 FPS Mobile Game in Asia」
Crisis Action, the NO.1 Asia-wide FPS Game, released in Taiwan in May 2015 by Dino Game, topped the App Store “Top Free Games” on the second day after its launch. So far, the game has accumulated 60 million registered users in Asia, and still maintains a natural increase of 100,000 every month. But what many players may not know is that this epoch-making shooting game has also spawned a super event that shook the Asian eSports industry, that is HPL.

The World’s First Mobile Esports Event Came out」
Hero Pro League (HPL) is the world’s first mobile eSports league hosted by Dino Game since 2015, including 5 major divisions in China, North America, Japan and South Korea, Southeast Asia, Hong Kong, Macao and Taiwan, with “Crisis Action” being the most popular competition item attracted millions of applicants.
In the third HPL season, the championship bonus was as high as NT$1.1 million. The live broadcast on YouTube, Twitch and Bigo Live attracted more than 1,000,000 simultaneous online viewers, and the number of total viewers on the day of the finals exceeded 5,000,000. After this great success, HPL has become the most popular Asia-wide mobile eSports event, and Dino Game has once again proved its ability to be at the forefront of the industry. However, this is only the beginning, a larger eSports blueprint is constantly unfolding.

The Rising Asian Mobile Esports Giant」
The next stop is the Taipei Game Show (TGS). TGS is the only comprehensive exhibition focusing on the video game industry in Taiwan. Well-known game companies all over the world will attend, such as Sony Interactive Entertainment (SIE), Bandai Namco Entertainment (BNEI), Pearl Abyss, Ubisoft, SEGA Games, and more.
Dino Game participated in the 11th TGS for the first time. During the exhibition, Dino Game held the “Crisis Action” TSG eSports finals, which was the only large-scale mobile eSports event on TGS, and awarded a NT$1 million bonus to the champion team. Twitch, YouTube Gaming, Bahamut, and Shou.Tv broadcast the entire finals live, attracting more than 100,000 simultaneous viewers.

Dino Game continues to expand its market share in the worldwide mobile eSports market, providing high-quality events for more professional eSports players and fans. In addition to Taiwan, North America, Southeast Asia, South Korea or other countries and regions will become the next targets of Dino Game.

The post from One Game to the Esports Kingdom first appeared on Reality Syndicate Viewers.