Lingerie Fighting Championships Will Make One Lucky Fan a Judge 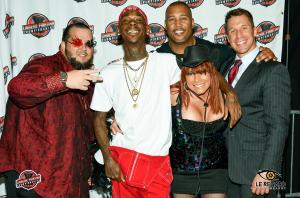 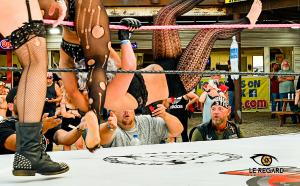 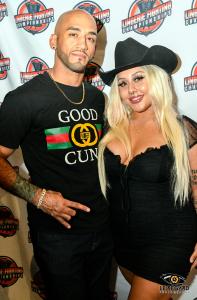 Fan Appreciation With a Twist

LAS VEGAS, NEVADA, USA, June 27, 2022 /EINPresswire.com/ — Lingerie Fighting Championships, Inc. (“LFC”) (OTC Pink:BOTY) unveiled a very unique contest this past weekend that will allow a fan to take one of the best seats in the house at an upcoming LFC event: a judge’s seat.

“We were looking for a way to show our appreciation to all the fans who followed us to our brand new site,” CEO Shaun Donnelly says. “And so we thought what better way to show them how important they are to our show than to make them part of the show!”

Fans can enter the contest for free right on the front page of the LFC site at www.LFCfights.com. The winner will also receive airfare and hotel in Las Vegas to take part in an October show.

“We will provide a quick crash course in judging right before the event,” Donnelly says. “And we’ll make sure they are partnered with 2 experienced judges who can show them the way.”

“Our show is fast-paced and exciting,” Donnelly says. “And sometimes even our judges find themselves part of the action.”

At LFC30: Born To Be Wild at the 2020 Sturgis Motorcycle Rally, Shay ‘The Fox’ Mazzato and Danika ‘Dani’ Della Rouge fell out of the ring and landed on the judge’s table where they continued fighting. Bella Ink and Audrey ‘The Mongoose’ Monique did the same during their LFC35: Booty Camp 3D bout.

“Judges definitely need to keep an eye on the action at all times!” Donnelly says.

The new site launched May 4 after the company severed ties with a former webmaster over creative differences. Rather than fight over the domain, LFC launched their own at www.LFCfights.com and hired a veteran webmaster to build and maintain it. Donnelly says he’s been amazed at how quickly the site has grown. “It’s been less than two months and we’re already at 83% of the old site’s best month. Just more proof that there is no fan like a LFC fan!”

And soon one of those fans will learn there is no seat like a judge’s seat!

Enter the contest now at www.LFCfights.com

The public filings of LFC may be accessed at the SEC’s Edgar system at www.sec.gov. Statements herein are as of the date of this press release and should not be relied upon as of any subsequent date. LFC cautions readers not to place reliance on such statements. Unless otherwise required by applicable law, LFC does not undertake, and LFC specifically disclaims any obligation, to update any forward-looking statements to reflect occurrences, developments, unanticipated events or circumstances after the date of such statement.