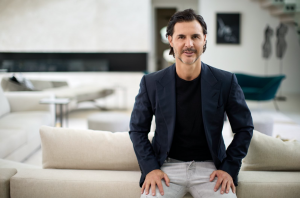 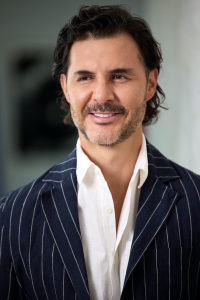 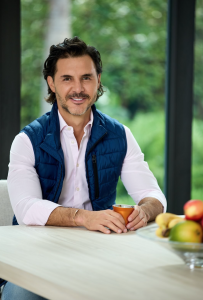 In his 11 years as a merengue, Sauto would contribute a lot of talent to the white team, playing more than 150 official matches with his historic number 2 on his jersey.”

MIAMI, FLORIDA, ESTADOS UNIDOS, May 4, 2022 /EINPresswire.com/ — When we talk about Mexican players who have excelled in European soccer, it is impossible not to remember Hugo Sanchez, possibly the best Aztec player of all time. A player of great conditions who would be known throughout Spain and Europe as a lethal goal scorer with spectacular goals and numbers. With his great performances for Atletico Madrid and later Real Madrid, Hugo would be responsible for putting Mexico on the world soccer map.

Despite the striker’s global popularity, Hugo Sánchez was surprisingly not the first Mexican player to wear the white jersey of Real Madrid. That privilege belongs to José Ramón Sauto, a midfielder born in 1912 in Mexico City. The player who defended the white jersey during the 30’s and 40’s would become captain of the Merengue team with which he would play almost 150 matches, becoming one of the club’s historic players up to that moment.

With the arrival of Hugo Sánchez, Rafael Márquez and a total of almost 40 Mexican players who have played in the Spanish league, the story of José Ramón Sauto has gone unnoticed by the majority of national soccer fans who know little or nothing about that player born in Mexico City who, in his time, would become the emblem and captain of the most successful team in the history of world soccer.

When José Ramón was just a child, the Sauto family decided to emigrate to Spain due to the instability the country was going through as a result of the Mexican revolution that had started in 1910. Growing up in Spain, José Ramón was very clear that he wanted to dedicate himself to soccer after having grown up influenced by the Olympic competitions of 1924 and 1928, as well as the World Championship of Uruguay 1930.

The young prospect would try out for the Imperio FC club in Madrid, where he managed to earn a place. At that club, Sauto would win the Spanish Amateur Championship title on two occasions, being the most outstanding player of the whole squad. After the successes obtained at amateur level, the powerful Real Madrid quickly set its eyes on the Mexican-born player with whom they managed to reach an agreement. After undergoing the pertinent medical tests, José Ramón Sauto made his debut with the white shirt in a match against Betis of Seville during the 1933-1944 season. The Mexican midfielder managed to seal good performances, which earned him another year in the Madrid team. In 1935, with Sauto’s good performances, the team was crowned cup champion, thus closing a good campaign. The Mexican midfielder gradually became an important player for the club, however, to the player’s misfortune, the following year the Spanish Civil War would arrive and things would change radically.

Years before, during his adolescence, Sauto had decided to enlist in the Spanish army and perform his military service. From an early age, Jose Ramon had been instructed by his father in the arts of hunting, so the player had the makings of an excellent marksman. Due to his skills with weapons, he would be required to take part in the conflict with the rebel side, although he would never get to be in a battlefield like many of his former teammates in Real Madrid.

During the war, Sauto almost lost his life when he was captured and imprisoned by anarchists from the opposing side, but it was a guard who spared his life after recognizing him in his cell. Soccer saved his life and allowed him to escape the conflict. Finally, and after 3 years in exile. José Ramón would return to Spain wounded by the war, but in optimal conditions to return to the playing fields.

In the 1940s, the Mexican footballer was able to resume his sporting career, which he would extend until 1944, years in which he would have the opportunity to be one of the captains and leaders of the team of the Spanish capital.

“In his 11 years as a merengue, Sauto would contribute a lot of talent to the white team, playing more than 150 official matches with his historic number 2 on his jersey.” said German Rosete

With a dream retirement, Sauto would put an end to his career as a madridista by winning the clásico against Barcelona by a score of 2 goals to 1.

Sauto would mark a before and after in the history of Mexican soccer, with his great performances, the player would get 6 other Mexicans to reach Spanish clubs of that time, great names like Luis Pirata Fuente or Hugo Sanchez himself, may never have managed to play the league if it had not been for the impact and good image that Jose Ramon Sauto left the Iberian football in the middle of the last century.