“The Music is You, The Music of John Denver” 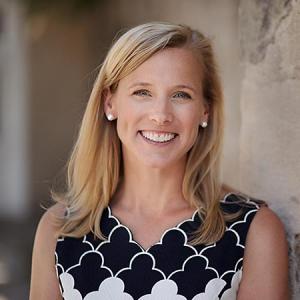 The funds raised during the concert will benefit so many in our community. John Denver privately struggled with his own mental health and found peace in music. Please join us to celebrate healing!”

The band features Lucinda Rowe, Mick Connolly, Gary Fiandra, Chris Morrison, and Marc Russell. The event begins at 7 pm with a VIP reception in the Studio Lobby followed by the concert at 8 pm. VIP and Regular Admission tickets are available. For tickets, visit warnertheatre.org or call the Box Office at 860-489-7180.

“We are grateful for the opportunity to spend a night with the talented Lucinda Rowe and her band at the historic Warner Theatre in Torrington,” said Maria Coutant Skinner, LCSW, CEO. “The funds raised during the concert will benefit so many people in our communities and ensure access to lifesaving care for all who need it. I have learned that John Denver privately struggled with his own mental health and found peace in music. Please join us on September 16th to celebrate healing!”

With strong lyrics, memorable rock and pop melodies, and an undeniable stage presence, Lucinda Rowe has captured a loyal audience. Embraced by commercial and independent radio, her original music has met with notoriety through-out the country. Lucinda has performed with or opened for many well-known artists such as Pat Benatar, Eddie Money, 2015 Rock and Roll Hall of Fame Inductee Ricky Byrd of Joan Jett and The Blackhearts, Patty Smythe and Scandal, REO Speedwagon, Tony Bennett, KC and The Sunshine Band, Stevie Nicks, The Guess Who, The Monkees, The Georgia Satellites, Sophie B. Hawkins and numerous others. Recent tours have taken them to the Gulf Coast of Florida and Alabama, Key West, Las Vegas, Los Angeles, New York and Boston.

“I heard ‘Sunshine On My Shoulders’ by John Denver for the first time on the radio when I was twelve years old. From that moment I knew that I wanted to do the same thing John was doing… perform songs that I would write for as many people as I could reach” says Lucinda of her “a ha” moment into the music world. “I bought a John Denver songbook with guitar chords, stole my brother’s guitar and 3 days later I had taught myself how to play and never looked back.” Lucinda found a relationship with Denver’s music in his desire to change the world’s perspective on nature, world hunger, conservation, the ocean, and our natural resources. As an avid mountain climber, cross country skier and conservationist herself, it all hit home with Lucinda. Though she never got to meet Denver in person, Lucinda’s career as an award-winning songwriter and vocalist paralleled his career in many ways. “It seems so many of my successes were mentored by watching the way he navigated his career. I have dreamed of doing a songs and stories show about John since I was a teenager. I wanted so much for people to discover more than his boyish personality cultivated by the media. He was incredibly passionate about world causes and our humanity, he did a lot of work in Washington DC, the space programs and world hunger while being a person dealing with many problems of his own. There was such beauty in his compositions with most having and underlying longing for acceptance. I related to that on so many levels. I am looking forward to telling the story of his life and music through the eyes of someone he inspired. I am honored that those eyes are mine.” The Music is You – The Music of John Denver featuring national recording Artist Lucinda Rowe is a special benefit performance for McCall and Help, Inc.

Her original music has been followed by many and is an award-winning songwriter with awards and showcases from the Songwriters Hall of Fame and National Academy of Popular Music in New York City. Additionally, Lucinda has received five Humanitarian Awards for her musical endeavors performing for people and families affected by or living with HIV and AIDS.

Lucinda is recognized by her industry peers with artist endorsements from Breedlove Guitars, Electro Voice Microphones, Telefunken Microphones, Elixir Strings, Monster Cables and recognition from LP percussion and Gretsch Guitars. Lucinda believes in making fans “one person at a time”. She is co-owner with her husband and producer Mick Connolly in the Red Room Sound Studio recording and Production located in Torrington CT.

McCall and Help, Inc. are a nonprofit organization which inspires hope and promotes wellness and healing through a continuum of behavioral health services — prevention, treatment, recovery supports, and community engagement — for individuals of all ages and families across western Connecticut. For more information visit our website www.mccallcenterct.org or www.cnvhelp.org.

ABOUT THE WARNER THEATRE

Built by Warner Brothers Studios and opened in 1931 as a movie palace (1,772 seats), the Warner Theatre was described then as “Connecticut’s Most Beautiful Theatre.” Damaged extensively in a flood, the Warner was slated for demolition in the early 1980s until the non-profit Northwest Connecticut Association for the Arts (NCAA) was founded and purchased the theatre. The Warner reopened as a performing arts center in 1983, and restoration of the main lobbies and auditorium was completed in November 2002. In 2008, the new 50,000 square foot Carole and Ray Neag Performing Arts Center, which houses a 300 seat studio theatre, 200 seat restaurant and expansive school for the arts, was completed. Today, the Warner is in operation year-round with more than 160 performances and 100,000 patrons passing through its doors each season. Over 10,000 students, pre K—adult, participate in arts education programs and classes.