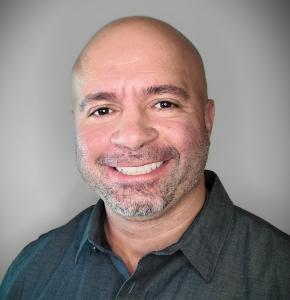 We have a vision to build the NASDAQ of private markets”

LOS ANGELES, CALIFORNIA, UNITED STATES, May 24, 2022 /EINPresswire.com/ — Crush Capital Inc., the pioneering company behind the groundbreaking interactive series Going Public, announced today that it has hired Vinny DiDonato as its Chief Technology Officer (CTO). DiDonato, who starts June 1, will lead the development of a retail investment platform and Alternative Trading System (ATS) for the show. This marks a pivotal moment in the brand’s evolution, expanding the company’s focus from innovative entertainment to fintech.

DiDonato is a 20-year tech veteran who most recently served as the CTO of Rally, a prolific alternative investment platform that allows retail investors to buy and sell equity shares in collectible assets. DiDonato spent more than three years at Rally, which has raised over $100 million in venture funding to date. Prior to Rally, DiDonato was the Vice President of Technology and Engineering at SiteCompli, New York City’s leading compliance-monitoring technology.

With DiDonato joining the team, Going Public is poised to revolutionize the landscape of private investment markets even further. The show already made history as the first original series to engage its viewers as active investors through its unique “Click-to-invest” functionality, which allowed the audience to buy shares of featured privately held companies in real-time. By developing a bespoke retail investment platform and ATS, which can only be operated by a FINRA registered Broker-Dealer, Going Public will further empower everyday Americans to participate in the financial market, making it as easy to buy and sell shares in privately-owned companies as those that are public.

“We could not be more excited to welcome Vinny to our team,” said Todd Goldberg, Co-CEO of Crush Capital and Executive Producer of Going Public. “After coming out of a successful Season 1—which generated more than 12 million total views and averaged 1.2 million views per episode—it is the opportune time to build GoingPublic.com into a dynamic investment platform at the convergence of entertainment and private capital markets.”

“We have a vision to build the NASDAQ of private markets,” said Darren Marble, Co-CEO of Crush Capital and Executive Producer of Going Public. “The series serves as a massively mainstream distribution vehicle that drives investor awareness and engagement. Realizing our vision not only requires critical domain expertise, but demands a leader with a proven track record of building and managing highly technical teams. Vinny excels on both fronts.”

“When Todd and Darren reached out to me, I knew there was something special here,” said DiDonato. “What they’ve done with the Going Public series is groundbreaking—it is something people have talked about for years and they’ve been able to bring to life. I’m looking forward to joining the executive team and building out the next-generation platform to spotlight our featured companies and delight our investors.”

Season 1 of Going Public streamed on Entrepreneur.com in January and included ten episodes that were released weekly. The four featured companies raised millions from a mix of retail and institutional investors, with viewers able to invest from their phones, tablets or laptops while they watched. The groundbreaking series was profiled on Good Morning America, Forbes, CNBC, Bloomberg, Fox News, Axios, New York Magazine and others.

With DiDonato’s help, the second season of Going Public will feature an even more seamless experience for investor-audience members. Its new intuitively designed investment platform will be fully integrated into GoingPublic.com: users will be able to create accounts, see all of their holdings at a glance, and ultimately will have the ability to utilize the ATS, potentially opening up new possibilities beyond buying and holding shares.

Crush Capital has raised over $8 million to date is backed by notable investors including Chris Burch, co-founder of fashion juggernaut Tory Burch, Walter Cruttenden, Co-founder and Chairman of Acorns, a micro-investing app for retail investors, Chris Morris, Co-founder of Computershare, the world’s largest transfer agent, and others. The company has applied for its own Broker-Dealer license and will seek the required approvals for its planned ATS.

Created by Crush Capital, Going Public is a groundbreaking series that follows the stories of founders on their capital-raising journey. For the first time ever, viewers can Click-to-Invest in real time, buying shares in featured companies while they watch. Season 1 streamed on Entrepreneur.com and was viewed more than 12 million times. To learn more, visit www.goingpublic.com