Art toy giant sets the first foot-step in the US, Pop Mart debuts its first store in the great Los Angeles metro area 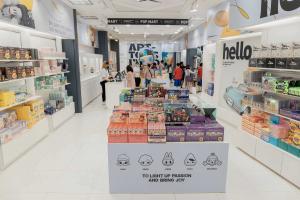 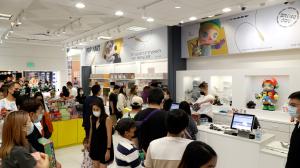 Customers waiting in line for checkout on the grand opening day 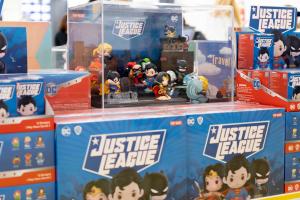 Original collectibles like the DIMOO, LABUBU, and MOLLY series were some of the crowd favorites on opening day. Fans said they adored the iconic green eyes of the MOLLY dolls, and the cloud-shaped figure of the DIMOO collectables.

In addition, the SKULLPANDA Dark Maid Figurine, which was exhibited at the store opening for a limited time only, was a hit on the day. Collections created by the famous CG concept designer SKULLPANDA have previously proven to be wildly popular at store openings in the UK, New Zealand, and Japan.

Pop Mart hopes that more local designers and artists will be inspired to join art toys creation after seeing the benefits of a cultural exchange between Chinese and American artists.Pop Mart has signed European and American designers such as Philip Colbert, Helena stamulak, Ton Mak. By signing artists from around the world, Pop Mart gives art toys a global cultural attributes.

Pop Mart is continuing its close cooperation with Disney, Warner, and other world-renowned IP copyright companies through the launch of the Harry Potter series, Marvel classics among others. These are in addition to the brand’s ongoing collaboration with American artists Jean-Michel Basquiat and KEITH HARING, with whom the brand launched the MEGA artist co-branded series.

Pop Mart’s wide range of collectible art toys have attracted an increasing number of young customers to its mix. The brand will continue popularizing art toys through its worldwide presence. To date, Pop Mart has over 350 stores and more than 1,800 robo shops globally. The brand hopes its pop-up store’s central location in LA’s South Coast Plaza will aid in spreading the appeal of art toys in the US market. At the same time, Pop Mart will deliver consumers a richer shopping experience through a combination of retail outlets, pop-up stores, robo shops, and online channel.