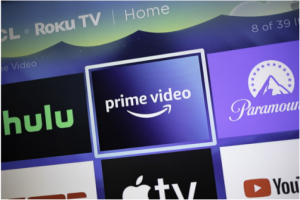 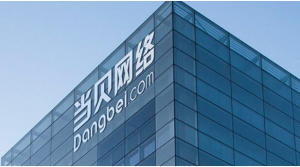 Dangbei projector market share ranks No.2 in the industry 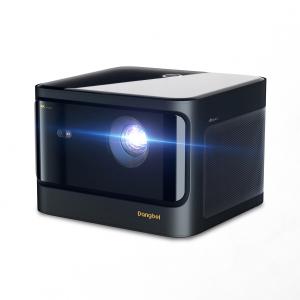 Roku announced a distribution agreement with Amazon that will allow users to continue to access Prime Video and IMDb TV apps on their Roku devices.

NEW YORK, NEW YORK, UNITES STATES, April 12, 2022 /EINPresswire.com/ — Recently, U.S. streaming vendor giant Roku announced to the public that it has reached a years-long distribution agreement with Amazon that will allow users to continue to access Prime Video and IMDb TV apps on their Roku devices. As a result of this information, Roku shares rose, with Roku (ROKU.US) up 6.13% at $133.26 at press time.
For much of last year, Roku had a public conflict with Google over access to YouTube and a distribution partnership with cord-cutting service YouTube TV, which led Roku to remove the YouTube TV app from its platform for a while, while Google threatened to block access to YouTube from Roku devices. The two parties eventually reached a new agreement in December 2021, allowing YouTube TV to remain available on the Roku platform.
As the largest TV streamer in the U.S., Roku’s TV streaming ecosystem includes both hardware (streaming devices) and software (Roku TV.)， enabling users to watch thousands of internet streaming channels on their TVs. Roku is the top-selling operating system in the U.S. for the second year in a row, with 38% of the total market for Roku streaming devices, making it the number one market. And among the smart TVs sold in the U.S., Roku TV OS is used by world-renowned TV brands including TCL, Sharp, Philips, Hisense, and JVC, making Roku TV the number one selling smart TV OS in the U.S.
Leading share of the streaming device and smart TV operating system market has gained massive subscribers for Roku, driving significant revenue growth in the Roku platform business. By the end of 2021, there were 60.1 million active users on the Roku platform, an increase of 8.9 million over the same period in 2020; revenue growth for quarters 1-4 of 2021 was 79%, 81%, 51%, and 33% year-over-year, in that order, achieving full-year operating revenue of $2.764 billion. In 2021, Roku streamed 73.2 billion hours, an increase of 14.4 billion hours year-over-year, with average revenue per user (ARPU) of $41.03, up 43% year-over-year. Along with the rapid development of global TV streaming, the future growth potential of streaming media vendors represented by Roku is still very large.
In China, Dangbei, an Internet company focusing on the big screen market, has the most similar business model development to Roku. Dangbei has achieved full penetration in the field of TV software, TV hardware, and TV system, covering the entire ecology of the domestic Internet TV industry, which is more complete than Roku in terms of ecology.
In terms of software, Dangbei owns Dangbei Market, the largest TV application distribution platform in China, with more than 3,000 large-screen applications. In addition to providing its high-quality large-screen applications such as Haqu TV, Dangbei Education, Dangbei Fitness, etc., Dangbei also established content cooperation with domestic mainstream video platforms such as Tencent Video, IQIYI, and Mango TV. In terms of hardware, Dangbei entered the projector market in 2019. In less than 3 years, Dangbei projector has firmly established its position as the No.2 Chinese projector. In addition, Dangbei OS is also used in smart TVs sold in the Chinese market by SONY, LG, and other globally renowned TV manufacturers. Up to now, the total coverage of Dangbei’s business has exceeded 200 million home users. In terms of the user base, Roku is mainly in the North American market (US, Canada, Mexico), with a user base of about 500 million, and the streaming market is more diversified, so the user base is relatively slow to expand. The Chinese market, where Dangbei is located, has a user base of more than 1.4 billion, and the Chinese market is more unified and expanding more rapidly. In 2021, Dangbei shifts to the global markets. Its first product that is shown to international projector users is the most powerful flagship projector—Dangbei Mars Pro. Dangbei presents the best products and the highest sincerity to overseas users. Dangbei Mars Pro is specially designed for overseas users. Maintaining the incredible brightness of 3200 ANSI lumens, it brings 4K resolution and large memory of 4G RAM and 128G ROM, ensuring the best viewing experience and most fluent operation. Currently, Dangbei Mars Pro is available on the official site with free shipping in the U.S., Canada, and Taiwan(China). In the future, Dangbei will also continue to make efforts in the intelligent large-screen market, providing global users with a full ecological wisdom experience covering software, hardware, and systems.
With the development of global TV streaming, cable TV and pay-TV subscribers will migrate to streaming TV, which will become the most important platform for people to watch content. At present, global TV streaming is still in progress, and the migration rate of cable TV subscribers to streaming TV is still relatively low in some countries/regions (except Europe, America, Asia Pacific, etc.). Roku and Dangbei, which are already leaders in the global streaming TV market, will continue to benefit from the global trend of TV streaming, and there is still plenty of room for future growth.