The trend toward giantization of the streaming market, such as Roku and Dangbei, will become more apparent. 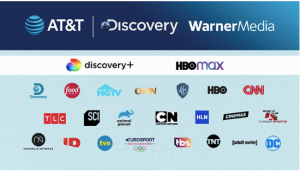 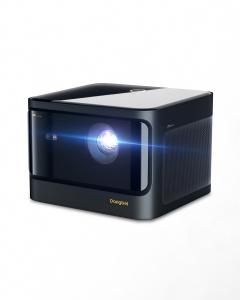 Streaming TV terminal manufacturers such as Roku and Dangbei will also continue to benefit from the globalization of streaming media.

NEW YORK, NEW YORK, THE UNITED STATES, April 12, 2022 /EINPresswire.com/ — On April 10, the parent companies of HBO Max and Discovery Plus officially completed their merger, allowing Warner Media and Discovery to create what they describe as “the world’s most differentiated content portfolio”. Investors approved the multibillion-dollar deal, allowing current Warner Media owner AT&T to sell it to Discovery and create a new business under the name Warner Bros.Discovery. , which will become one of the world’s largest media conglomerates, second only to Disney in size.

AT&T announced in May last year that it was spinning off Warner Media and that Warner Media would merge with Discovery. The combined Warner Bros. Discovery will have several well-known content brands such as Warner Bros, HBO, DC Entertainment, CNN and Discovery, HGTV, and TLC, as well as two streaming platforms, HBO Max and Discovery+. It has become another global streaming media giant after Netflix and Disney+. Relevant data shows that by the end of 2021, HBO Max has exceeded 74 million subscribers worldwide; Discovery+ has reached 22 million paid subscribers worldwide by the end of 2021, and the total number of subscribers of the two streaming platforms has exceeded 96 million, and the number of paid subscribers worldwide is close to 100 million, second only to Netflix and Disney+.

The global streaming industry has seen explosive growth over the past few years, with more and more people starting to watch content on streaming platforms or watching live Internet channels. All over the world except in Asia, the big TV screen accounts for 82% of streaming viewership, especially in North America, where the large TV screen accounts for 82% of streaming viewing time, with mobile, desktop, and tablets accounting for only 8%，6% and 4% in North America. Among TV streaming devices, Roku, Amazon Fire TV, and Samsung TVs account for the majority of global large-screen viewing time, with Roku ranking first globally with 31.1% share， including Roku streaming devices and smart TVs with built-in Roku OS, such as TCL, Hisense, JVC, Sharp, Philips, and others. From 2017 to 2021, Roku’s active subscribers more than quadrupled from 14.2 million to 60.1 million; annual revenue increased from $513 million in 2017 to $2.76 billion by the end of 2021, a compound annual growth rate of 51.4%.

In China, TV users are also accelerating their shift from traditional cable TV to Internet TV. According to the National Broadcasting and Television Industry Statistical Bulletin 2020 released by the General Administration of Radio, Film, and Television, the actual number of Chinese cable TV users in 2020 was only 207 million, down 4% year-on-year, and has declined for five consecutive years; while the number of Internet TV (OTT TV) users reached 955 million, up 16.3% year-on-year; like Roku, which has benefited from the trend of TV streaming and continued high growth The domestic OTT TV market has also seen the emergence of large-screen Internet platform companies led by Dangbei.

Dangbei’s business development is similar to Roku, but it is more complete than Roku in terms of ecology, and has achieved a complete connection in the field of TV software, TV hardware and TV system, covering the whole ecology of Internet TV industry. It is widely reported that Dangbei entered the projector market in 2019. In less than 3 years, Dangbei projector has firmly established its position as the 2nd Chinese projector.

Up to now, the total coverage of Dangbei’s business has exceeded 200 million household users, and China’s largest TV application distribution platform – Dangbei Market (more than 3,000 large-screen applications), in addition to providing its high-quality large-screen applications such as Haqu TV, Dangbei Education, Dangbei Fitness, etc., also established content cooperation with China’s mainstream video platforms and occupies the top three market positions in the large-screen terminal equipment industry including smart projector and OTT boxes. In addition, smart TVs sold in the Chinese market by well-known global TV manufacturers such as SONY and LG also adopt the Dangbei OS operating system. In terms of the user base, Roku is currently mainly in the North American market (the United States, Canada, Mexico), with a user base of about 500 million, and the streaming market is more diversified, user expansion is relatively slow; while Dangbei is located in the China market has more than 1.4 billion user base, and the China market is more unified, user expansion is more rapid.

The post The trend toward giantization of the streaming market, such as Roku and Dangbei, will become more apparent. first appeared on Reality Syndicate Viewers.