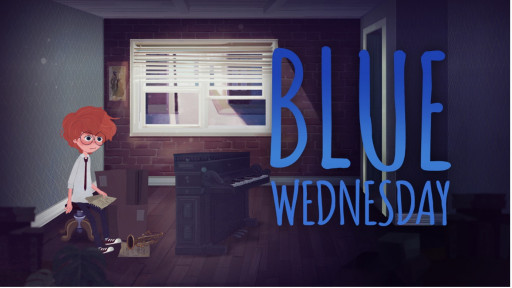 Seoul-based gaming company Buff Studio announced the release of a demo version of its latest game, Blue Wednesday, on Nov. 4, 2022, on Steam.

Blue Wednesday is an adventure game with a story of jazz, love, and failure. In the game, users operate the main character, "Moris," to walk around the city and interact with objects to run the story. There are more than 20 types of mini-games and adventures in the game. Also, it is filled with plenty of content, such as NPC's narrative and collectible items.

Blue Wednesday was nominated for the Best Innovation Award in MWU (Made with Unity) Korea Awards 2022 on Oct. 26.

Features of Blue Wednesday include:

-       Collect sheet music: Choose wisely! - Users can play it during the rhythm games in gameplay. The player's choices shape the narrative and determine the albums they can collect: Tango and Bossa Nova, cool jazz to modern jazz.

-       Rare music albums: Players can collect rare music albums through various interactions throughout Evans City, such as helping another player solve a problem or looking through piles of old LPs in the back of a music shop. The player can collect albums from diverse musical genres and play them on the turntable in Morris's room. The player can listen to and enjoy the rare albums hidden around the city.

Blue Wednesday demo is available on the official Steam Page. You can use the wishlist and follow the game to stay in the loop about any changes or game updates.